Ed Bell’s  JPK 11.80 DAWN TREADER headed across the channel from their Hamble base on Saturday 22nd May,  out offshore training for the forthcoming season.   Their plan was to end up in Cherbourg early on Sunday morning, and wait for the wind to build from the SW for a crack at the Cherbourg – Needles record.   An hour after dawn there was enough wind and they set off N.  with speeds of up to 16kts at times,  they reached the Needles finish line having had to put a small gybe to the east as they closed on the famous rocks at the W end of the Isle of Wight.    With an elapsed time of just over 5h 13mins   and an IRC rating of 1.099  their Corrected Time, and newly established, and now ratified record time stands at  5h 44m 10s.

Well done Ed and Team,  the certificate will be on its way to you soon, along with the special transom sticker, for record breakers only. 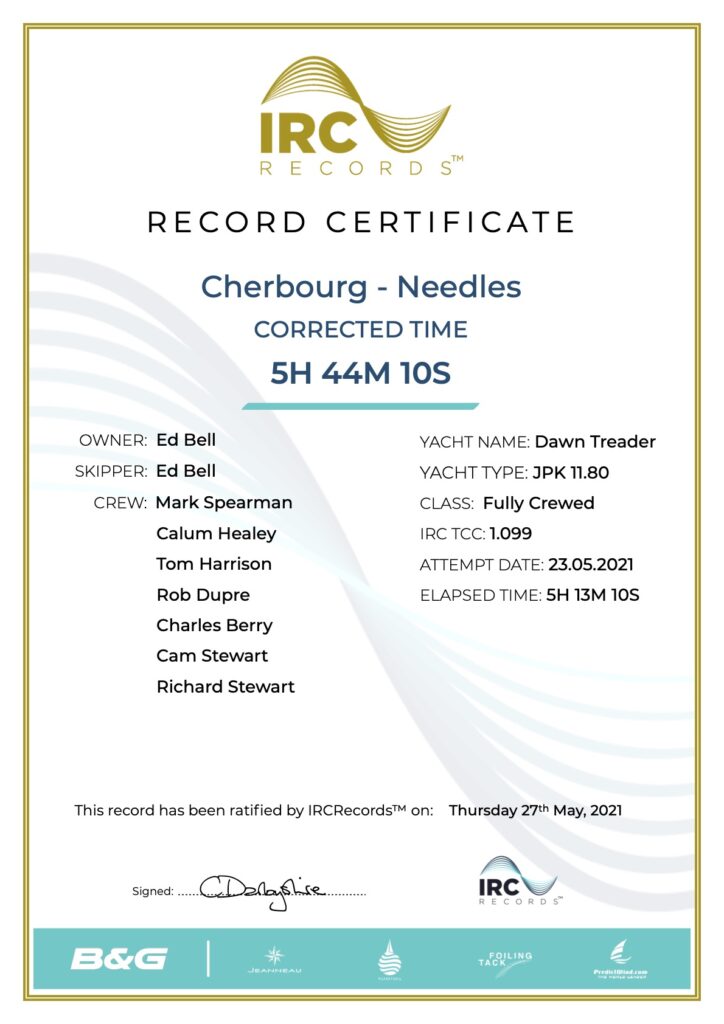